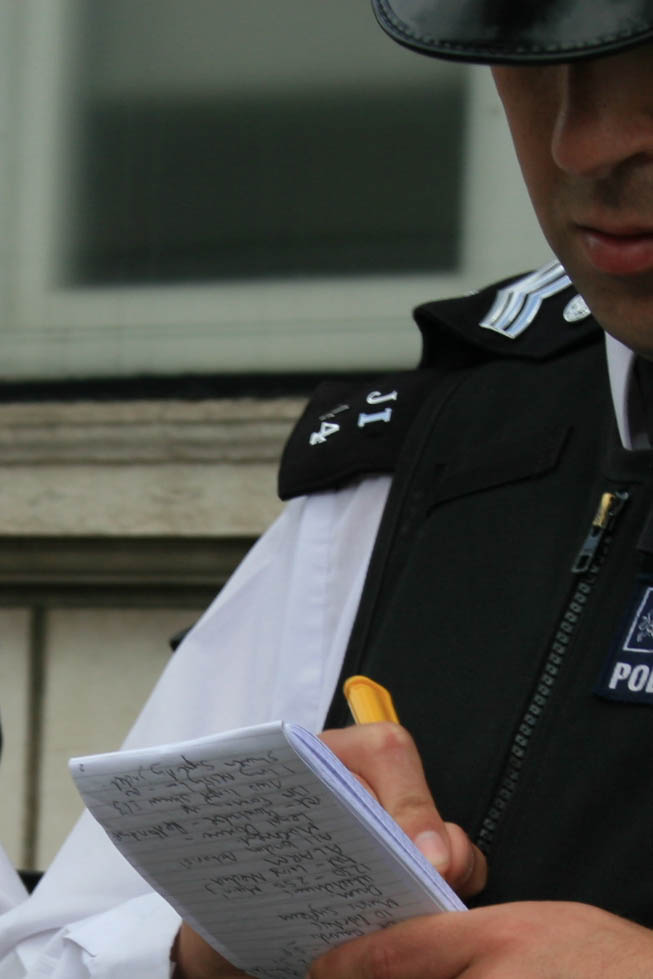 However, under section 50 of the Police Reform Act the police DO have powers to take your name and address (but not date of birth) IF they reasonably believe you have engaged in anti-social behaviour. Anti-social behaviour (ASB)is defined as doing something likely to cause harassment, alarm or distress to others.

Section 50 powers are sometimes used by the police as a routine or blanket means of obtaining names and addresses, especially during stop and searches. But if the police do not have a genuine and reasonable belief that the person they are dealing with has been involved with ASB, the use of this power would be unlawful.

If you are told to give your details under ‘section 50’:

Refusing to give your details under section 50:

A number of people arrested under s50 have taken civil actions against the police for damages. If you are unlawfully arrested for not giving your details, you may be able to claim compensation. Contact Green & Black Cross or Netpol if you want to explore doing this.  It may help if you have an audio or video record of the incident.

Note: Behaviour ‘likely to cause harassment, alarm and distress’ is a very broad definition, and the courts have allowed the police to extend it to all sorts of behaviour, including (in some circumstances) swearing.