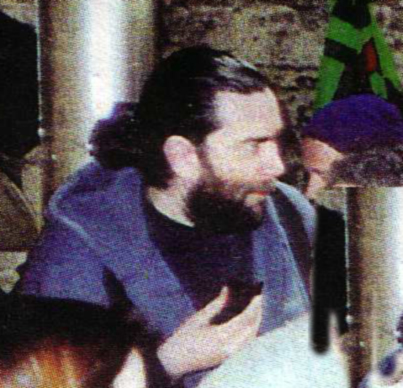 Netpol has been asked to publish the following statement on behalf of former friends of an activist known as Jason Bishop, who they now believe to have been an undercover police officer.
Netpol have published this statement as we feel it adds important information to the debate about undercover police officers.
This is the latest in a long line of disclosures relating to the infiltration of protest groups by specialist units of the Metropolitan police including the Special Demonstration Squad and later, the National Public Order Intelligence Unit.

After a detailed investigation by former friends and activists, there is now no doubt that the activist known to many people as Jason Bishop was an undercover cop working for the Special Demonstration Squad (SDS). Jason lived in Kilburn, with a flatmate we haven’t been able to trace who was involved in animal rights activism. He drove a landrover, and allegedly made his money from pirated dvds and software.

Jason was described by another undercover cop, Jim Boyling, as his replacement, including details of the vehicle he drove, and his exit plan. In Paul Lewis and Rob Evans book –Undercover– The True Story of Britain’s Secret Police, he is described as a “bearded, stocky man with black wavy hair in a ponytail”. However, those of us who knew Jason can confirm that, unlike the description given in the book, Jason’s deployment was far from “uneventful”.

Jason joined Reclaim the Streets (RTS) and a variety of other campaigns in around 2000, and was active, particularly amongst the Disarm DSEi collective until he left in 2005 to live in Holland with his girlfriend. He attended several Earth First gatherings, anti war protests, and was close to those organising the Fairford coaches – the coaches which were on their way to a protest at a military base when they were stopped en masse and illegally forced to return to London under police escort. Despite lots of attempts, no-one has been able to contact him since late 2005. 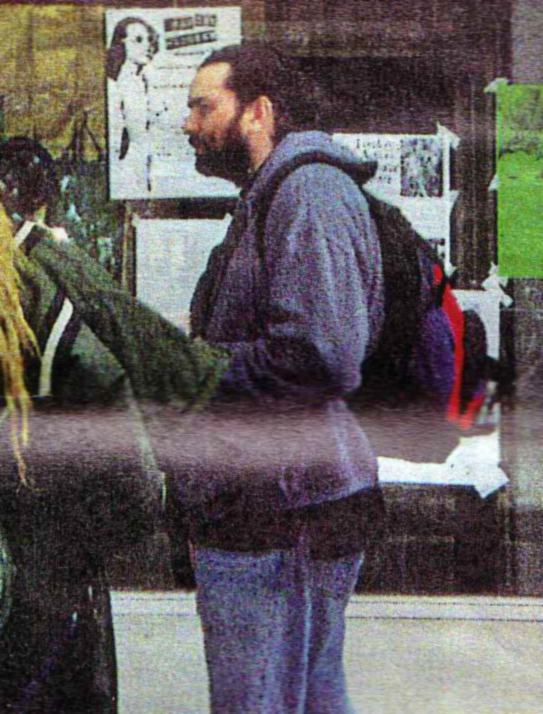 Jason first became involved in RTS in around 2000, and in common with many undercovers, made himself invaluable by doing a lot of the driving in the preparation for Mayday protests. He was arrested driving a van of manure to the Guerrilla Gardening Mayday in 2000 although no charges were ever brought against him.

He was also involved in organising mass demonstrations against Defence Systems Equipment International (DSEi) – the world’s largest arms fair – from 2001 until he left in 2005. However, despite four years of attending organising meetings, he didn’t appear on the now infamous spotter card found in 2005.

Despite going to many organising meetings, Jason was never on the front line at protests, always preferring to be either driving or hanging around the edges. Neither would he take part in any actions which would likely lead to immediate arrest such as locking on to prevent access to a military base. He professed to preferring small covert actions, and was regularly involved in direct action training.

During 2005, Jason developed his exit plan, spending an increasing amount of time in Holland. He had a Dutch girlfriend, who he claimed didn’t like his involvement in radical politics. However, he returned for the G8 protests in Scotland and for DSEi in London.

He was arrested at the G8 as part of a massive police operation to arrest a minibus of London based anarchists who were involved in the protests. Those arrested were interviewed by the Scottish Serious Crime squad, charged with the most serious level of conspiracy to commit a Breach of the Peace (carrying life imprisonment) and remanded in custody for court the following day. At court, there was extremely tight security, and whilst the activists denied taking part in any criminal conspiracy, there was serious talk of those arrested being remanded in prison. However, late in the afternoon, all charges were dropped with no explanation ever given. It is worth noting, according to undercover whistleblower Pete Black, “if there was any chance of the SDS officer going to prison, they would not go.” He further states “I know of cases that were pulled because the SDS officer would have been charged with something serious”.

Unfortunately, this is just the latest in the list of exposed undercover operatives, and it certainly won’t be the last. We have no evidence to suggest NPOIU practices are any different from the SDS, nor any evidence anything has changed post Kennedy. It is therefore imperative the outrage felt at these retrospective actions is carried through to challenging something which is alive and kicking in the present.