Mass arrest – an abuse of power 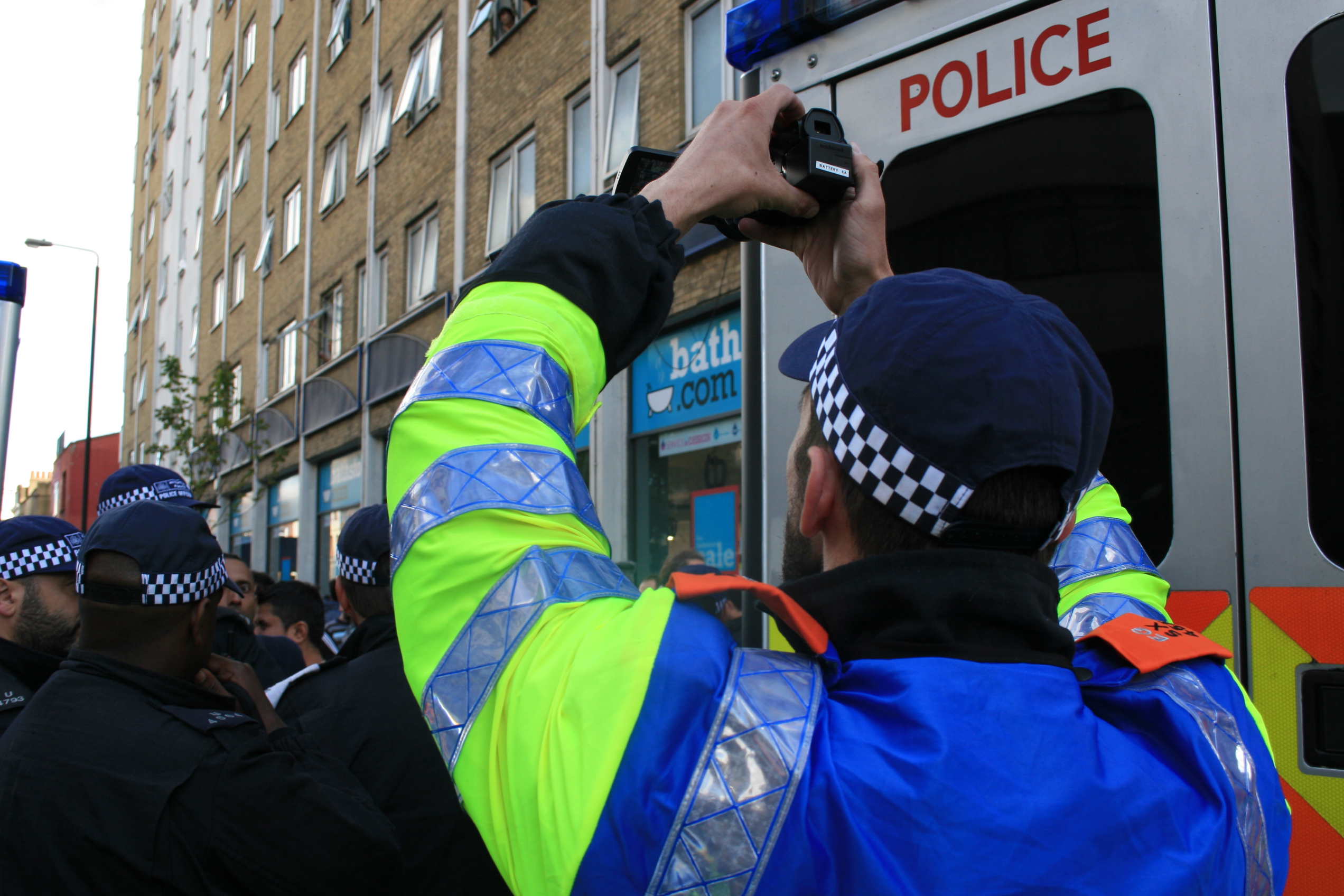 The arrest of 286 antifascists demonstrating against the presence of the English Defence League in East London on Saturday is another example of what seems to be a growing trend in public order policing – the mass arrest of people participating in unauthorised marches, rallies and processions.

The tactic of mass arrest is highly indiscriminate – no consideration is made of whether the individuals concerned are truly suspected of any offence. Netpol observers spoke to a boxing coach in East London yesterday, who had tried desperately to get police officers to realise that one of the people they had contained had simply been en route to his gym, which was round the corner from the police kettle. No-one seemed willing to listen to him.

The arrests were made because the protesters had breached conditions the police had imposed on demonstrations that day. The conditions, which were published on the Metropolitan police website early last week, were ridiculously restrictive, confining anti-fascist protest to three streets and a park near to Bethnal Green station, some miles away from the areas through which the EDL were due to march.

Imposing such unworkable restrictions suggests that the aim of the police was not to place positive conditions on the UAF demonstration itself – but to render all other protest against the EDL unlawful. Protest outside the designated area was inevitable, but the conditions imposed made all anti-fascist protest a potential criminal offence – apart from that small segment which had been specifically authorised by the Metropolitan police.

It was on this basis that the police kettled 286 protesters in two groups at Mansell Street and Commercial Road. People were kept there for many hours, and although the police did eventually provide portable toilets, conditions were cramped and uncomfortable. After being filmed by the Forward Intelligence Team, protesters were placed onto buses or in police vans to be taken to police stations as far apart as Lewisham, Sutton, Croydon and Plaistow. Amongst the those held were five legal observers and, according to reports, at least two people who had simply been trying to walk home.

The cost of the operation has not been announced, but the resources devoted to it must be huge. The arrestees have not, for the most part, been charged, but have been released on police bail with conditions not to take part in further anti-fascist protest.

Saturday’s arrest of 286 people is the largest in a series of mass arrests over recent months, a pattern which may signify a worrying shift in public order strategy. Mass arrests for breaching section 12 and 14 conditions were seen at the Critical Mass in July 2011 (182 arrested) and at fracking protests in Balcombe, Sussex (39 arrested), as well as a previous anti-fascist protest in London in June (58 arrested).

Of all these arrests, few have yet made it to court. Of the 182 Critical Mass arrestees, only nine people were prosecuted through the courts, and only four of these were ultimately convicted. Many of those arrested at the antifascist protest in June are still being held on police bail, with conditions denying them the right to protest. They are still not sure whether any charges will be brought against them.

The evidence suggests that due process is not the priority of the police. Instead the focus is on ‘managing’ unwanted protest through a process of disruption and deterrence. Mass arrest certainly is disruptive, and it also has a preventative effect – through bail conditions, 286 people will be effectively banned from attending future anti-fascist protest, despite them not having been charged, let alone convicted of any criminal offence. Mass arrest is also a valuable intelligence gathering tool. On Saturday the police obtained 286 sets of names, addresses, fingerprints and DNA.