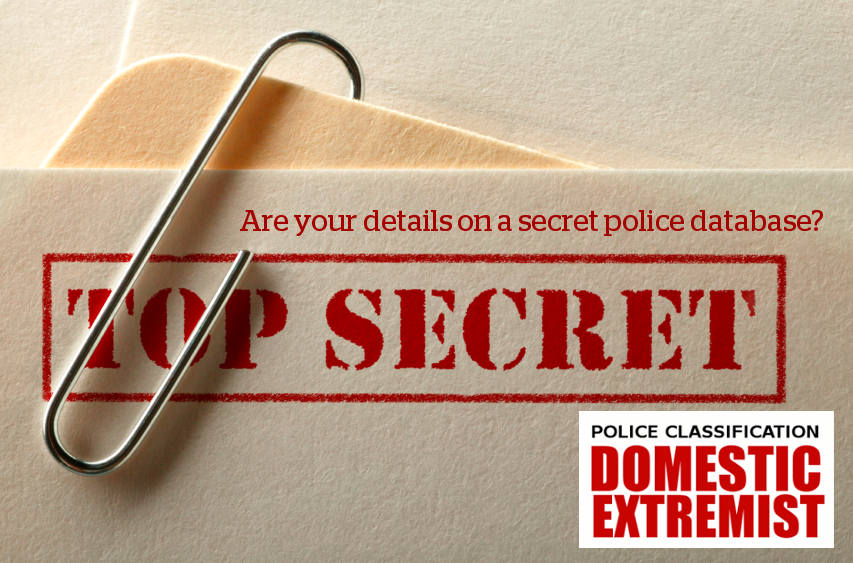 The Metropolitan police is acting unlawfully in failing to confirm existence of secret records on political activities.

Netpol is calling for the Metropolitan Police to face a regulatory investigation for its “systemic failure” to confirm to campaigners whether their personal data is held on a secret surveillance database.

In a formal complaint to Information Commissioner Christopher Graham, we allege that Scotland Yard’s Public Access Office, which is responsible for handling requests for personal information under data protection laws, is repeatedly failing to comply with a legal requirement to respond within 40 days. We have also accused the Metropolitan Police of delaying tactics and of encouraging individuals to withdraw personal data requests so it can clear a backlog of disclosure applications (see this letter [PDF, 3.6Mb] from the Public Access issued in April 2014)

For some time we have highlighted how the police are engaged in “large-scale harvesting of data”, entirely in secret, about activists who are then labelled ‘domestic extremists’. Surveillance data from around the country is gathered centrally by the National Domestic Extremism and Disorder Intelligence Unit, managed by the Metropolitan police.

A formal ‘subject access request’ is the only way an individual can discover if this secretive police unit holds a record of his or her political activities, because of a lack of transparency about who and why activists are targeted. However Scotland Yard is unlawfully denying activists access to this personal information – between April and September last year, the Metropolitan police failed to meet its legal requirement to respond within 40 days in 70% of the requests it received.

“As well as a breach of data protection legislation, the Met’s systemic failure to provide vital personal data when asked to do so raises wider public interest issues, about police accountability and the potential misuse of covert surveillance.

We have called upon the Information Commissioner to investigate and take robust enforcement action. He is aware of longstanding concerns about the handling of personal data by Scotland Yard and has the power to issue penalty notices for serious breaches of the Data Protection Act, which can incur fines of up to £500,000.

If a significant fine is what it takes to force the Metropolitan police to finally meet its statutory obligations, then we urge Christopher Graham to seriously consider imposing one.”

Netpol is currently pursuing legal action against the Metropolitan Police Commissioner, Sir Bernard Hogan-Howe, and Home Secretary Theresa May over the legality of the national ‘domestic extremism’ database. A judicial review is expected to reach the High Court later in the year.