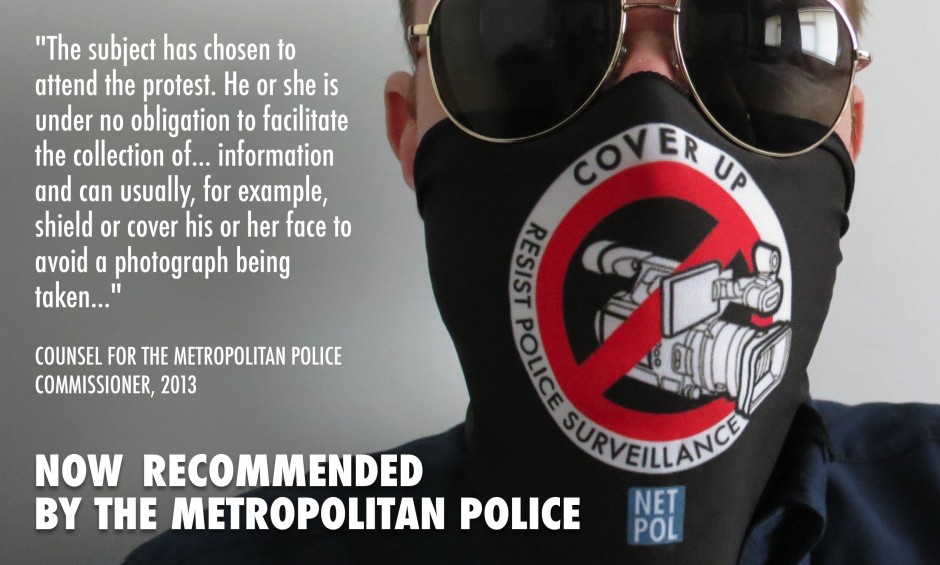 With the police granted extraordinary discretion by the courts to obtain and retain personal information of protesters, the time has come to everyone taking part in a protest to cover-up their faces.

Wearing a face covering during a protest is entirely legal. Only in limited circumstances can the police require you to remove a mask or scarf and seize it, if a section 60 order is authorised by a senior officer “in anticipation of violence”. This allows the use stop and search powers without grounds for reasonable suspicion, in order to look for weapons.

During arguments over a 2013 appeal against the recording of information about people attending public protests, even London’s police chief admitted a face covering is the most effective way to avoid police photographers and overt intelligence gathering by his officers.

Since then, in March 2015, the UK Supreme Court granted what amounts to judicial approval for the mass surveillance of UK protest movements. From now on, every protester should considering taking the Met’s advice and covering up their face to avoid unwarranted police surveillance.

Of course, we shouldn’t need to resort to such drastic measures: surely we have a right to assembly and to freedom of expression?

Unfortunately, Supreme Court judges decided that photographing people taking part in a rally or demonstration is only a ‘minor’ invasion of their privacy and, because it is carried out by ‘overt activities in public places’, it is justified to prevent and detect crime. It’s a ruling that opens the door to the police treating anyone exercising their rights to protest as a suspect.

Some have argued that when only a minority are wearing face coverings, it can distance them from other protesters and isolate them from the wider public.

We agree: that is why we want to see a cultural shift so that wearing a mask or bandanna to protect protesters’ privacy becomes normal and commonplace on every protest and demonstration, rather than a decision taken by only a few.

This kind of change in attitudes towards wearing a face covering will inevitably take time but we want to make a start – while also highlighting how extreme and authoritarian the Supreme Court’s ruling is. We plan to do so by 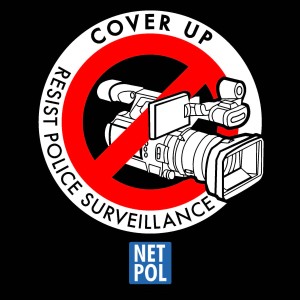 To make this happen, we need your help. We are crowd-funding to raise £2500 to produce 500 face coverings printed with the design on the right.

Everyone who donates at least £5 will receive one Cover-Up! mask in the post and will allow us to distribute another on the streets. They are made of a silk-like, breathable material.

The more we raise, the more we can produce, so please give more if you can.

Please remember to TICK THE ‘HIDE’ OPTION under your name on the GoFundMe payment page. We will contact you for postal details separately.

We will let everyone know more about Netpol’s future ‘privacy bloc’ action when our appeal for funds is successful.

We can now accept donations via Paypal. Log in to your Paypal accunt and send your donation to kevin@netpol.org