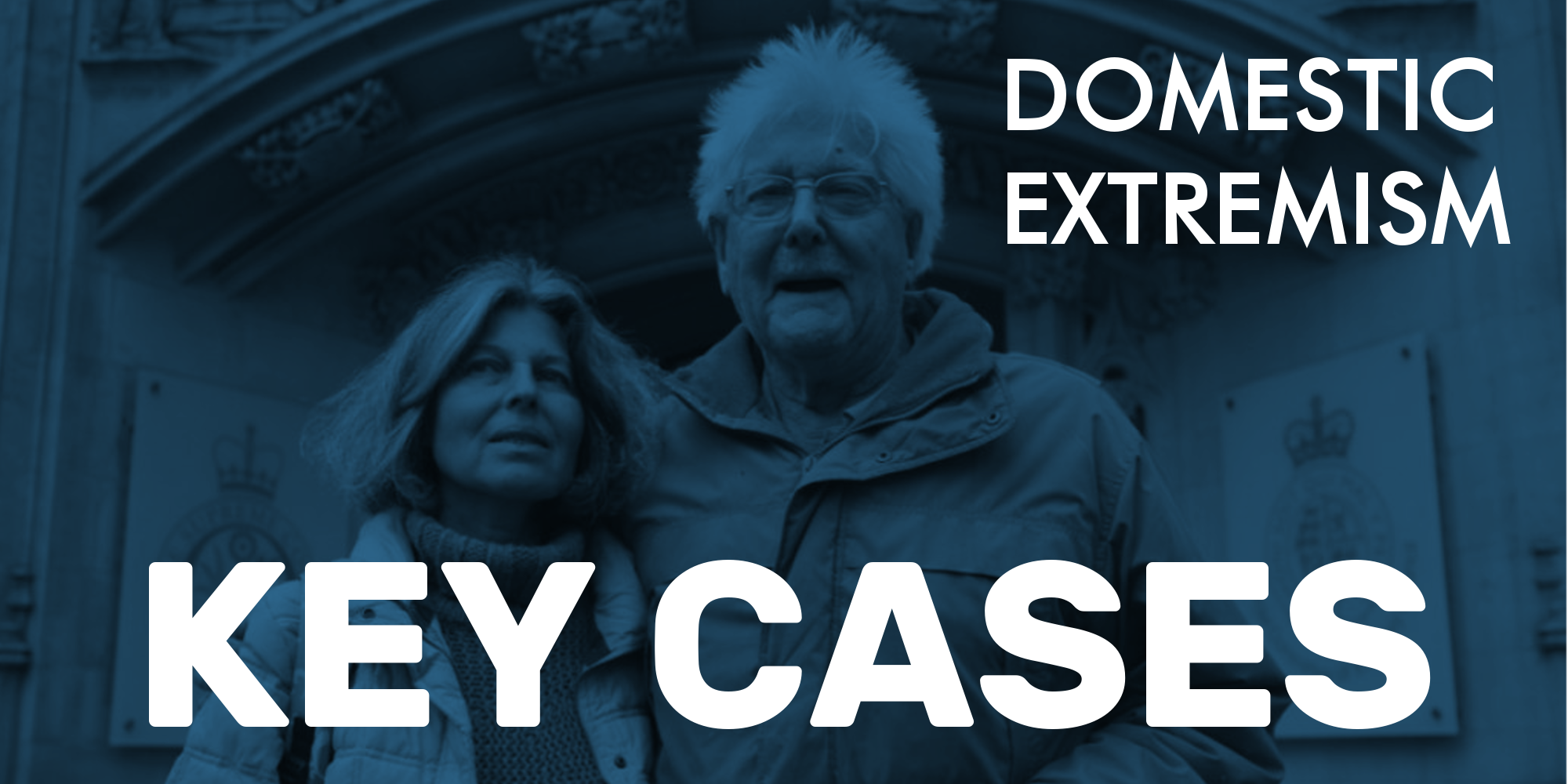 European Court of Human Rights, judgment in the case of Catt v. the United Kingdom, 24 January 2019

Supreme Court judgment in R (on the application of Catt) v Commissioner of Police of the Metropolis, 4 March 2015

submission to the Supreme Court, 20 November 2014

A witness statement by Baroness Jenny Jones in support of application to intervene in the Supreme Court, 20 November 2014

High Court judgment in n R (on the application of Catt) v Commissioner of Police of the Metropolis, 14 March 2013

Analysis of the UK Supreme Court ruling on surveillance of political activism, 5 March 2015

Rob Evans, Why have the police labelled an 87-year-old pensioner a “domestic extremist”?, The Guardian, 10 February 2012

Jenny Jones, The day I found out I’m a ‘Domestic Extremist’, The Telegraph, 25 January 2015

Rob Evans, Police say they have not counted how many politicians they have been monitoring Guardian, 19 June 2014

Martin Hoscik, Is the Met guilty of an indiscriminate approach to gathering intelligence?, MayorWatch, 11 November 2013

Jason Parkinson, When police spy on journalists like me, freedom is at risk, The Guardian, 21 November 2014